Yay, my first real blog post! While this one isn’t about Australia, I thought it would be a good way to start off the ballet-themed posts and introduce you to the feel of the blog. Welcome!

A couple of weeks ago, my friend and I decided to attend a class outside of our normal studio. I received a couple of free community class passes from a company performance I saw in the spring and had been planning on using them for a while. I just didn’t make myself go and use them until I was running out of time and about to pack my bags for Australia!

This was my first class at any different dance studio as an adult. And you already know this if you know me–I overworked myself about this class big time. Jitteriness, sweaty palms, butterflies in the stomach–the whole deal. I was nervous as hell. It didn’t help that the class was going to be taught by a company dancer whom I had seen perform in roles like Peter Pan and Puck. I had seen our teacher literally fly as a professional dancer. And here’s little ol’ me–the adult ballerina that would have been–trying to dance in front of someone who gets paid to do so and is pretty phenomenal at it. Anyways, I’ll get to more of those nerves in a second.

My friend and I decided to carpool up to the city and we talked about everything under the sun on the way there–including the idea for this blog (thank you for the encouragement, Lisa!). Not to go into full detail here (another post for another time, perhaps), but we talked about how we love our home ballet school but have been feeling a bit stagnant in terms of personal growth. We thought getting out of our comfort zone and trying something new would shake things up a bit and help us figure out a new way to approach things in our dancing lives.

The class we had settled on was labeled as intermediate/advanced (the beginner/intermediate level was scheduled for the same time as our regular classes), and having only been to the same school for my entire adult dancing life, I didn’t know what to expect. It’s hard to gauge what level you are when you’ve only been dancing with a couple of teachers at the same school for five years. Pile the fear of the unknown onto my nerves and my awe at our new teacher, and it was a shock I wasn’t falling apart right there at the barre. 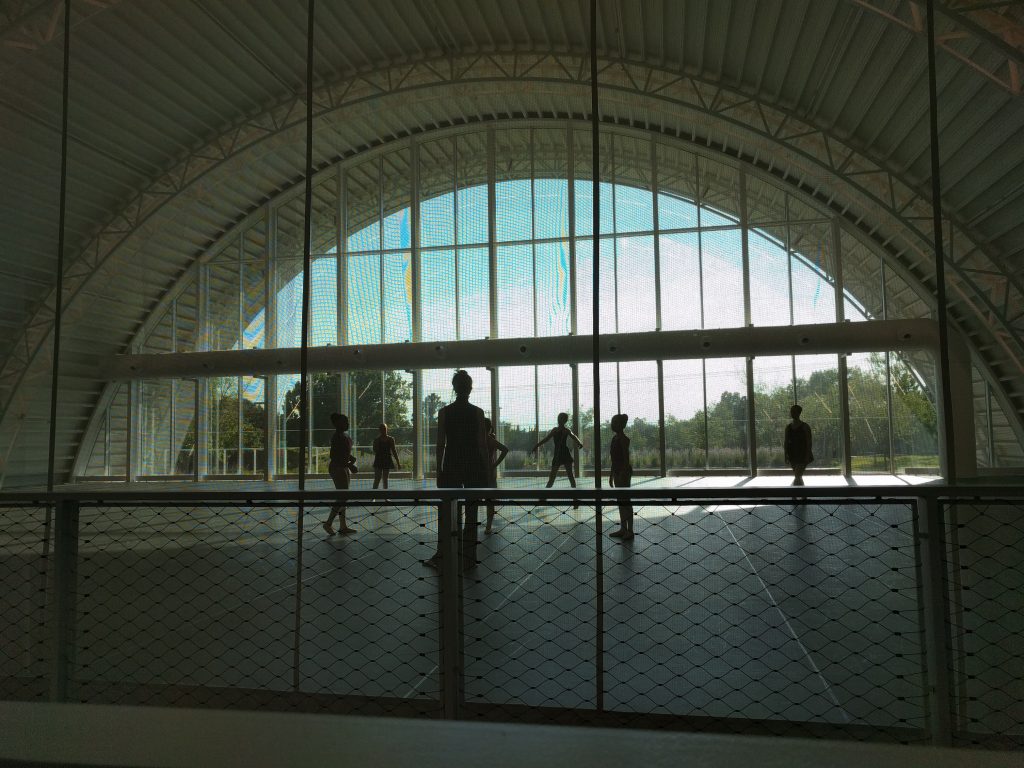 At the beginning of class, the barre went fairly slow as we worked our way up towards more quickly paced and complex combinations. But the combinations were generally longer than what I was used to and the teacher used some terminology that we didn’t use as much at my home school, although I was familiar with it. Okay, I can handle this, I thought (shaking all the while).

The teacher gave me a few good corrections right off the bat. It seemed like he had his eye on us newbies in particular since he hadn’t met us before. I got a correction that I have been waiting to get the entire time I’ve been dancing (more on that later). Alright, I can learn from this.

But then came the new things.

And then came my panic.

Towards the end of the barre, the teacher would add some fancy tricks in at the end of each combination, which included steps that I had not even learned yet. But I wasn’t about to blurt that out and use it as an excuse to not do the combo. I was going to at least try it instead of standing there like an idiot. One of these new steps for me was a fouetté turn on the barre–which is probably easy peasy for all of you seasoned adult ballerinas. But we had not even approached talk of this at my home studio. So I watched the demonstration as close as I could (he even repeated it for us), and attempted it, though I got disconnected from the music–which was honestly just an afterthought for me at this point–somewhere in there.

Okay, so this is maybe where I need to pause and let you in on a little secret about myself, if you haven’t guessed already (although if you know me, you can probably skip this section): I’m a major perfectionist. And even though I’ve been working on this in my adult life and it’s gotten a little better, I still have to admit that if I can’t get something right the first time, I become incredibly disappointed in myself. I beat myself up about the small things and replay anything that was less than perfect over and over again in my mind so I can nitpick at what was wrong. Yeah, I’m probably one of those ‘type A’ personalities, but I also have blue hair and love metal. I’m a psychiatrist’s dream.

So, anyways, you can only imagine how I felt when I attempted–and failed–that first fouetté turn on the barre. And of course the teacher had me try it again after the formal combination was over in front of the rest of the class so he could give me a more detailed correction. Of course he wasn’t to know this, but instruction would have been better in my case since I had no idea what I was doing in the first place. I probably looked like a literal dying swan. Only more chicken-like and less ephemeral. Anyways, from that point forward, I was and felt like a mess.

You can probably guess where this is going, but the nerves never let up. It was like they were controlling me and my muscles. My brain had no choice in the matter. I think every little fiber of my being was holding on for dear life and relying on muscle memory to execute any steps that were given to me. And there were times I froze, too, because I got so lost or far behind the music that I didn’t know where to pick back up again. Even though after assessing the class afterwards and realizing that I did know most everything technique-wise and what I didn’t know I at least understood in theory, it was the quick pace that (ironically) dragged me down. Some things I just could not keep up with. And of course for the perfectionist in me, this was simply not acceptable. 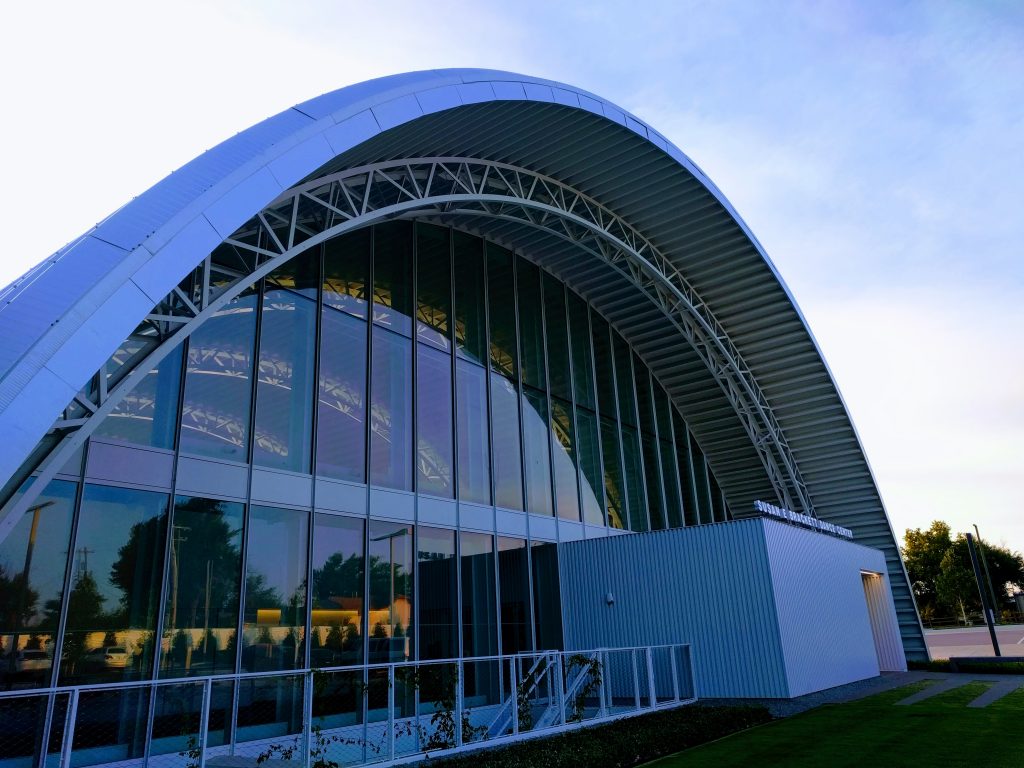 The centre was much like the barre, only my nerves compounded and my body got even more tangled up. Now even my muscle memory was failing me and my brain and body were just not in sync. Even with the first petit allégro combination that was simple, my brain knew what to do, but the movement would get stuck halfway down my body and then my feet would not go where they were supposed to. All of centre was like this for me, including pirouettes and a grand allégro with a saut de chat (which I understood in theory but actually hadn’t learned in practice). I was embarrassed and flailing all over the place. Pretty sure I even let out a curse word or two somewhere in there.

All the while, our teacher was the most pleasant one you could imagine. His corrections were on pointe (pun intended) and his analogies vivid. His inner comedian escaped at times, which would normally relieve any lingering tension in the room, but I had to laugh through my teeth. He really was an amazing teacher. But my nerves would not be undone.

I’m gonna be honest with you guys– by the end of class, I was almost in tears. If it weren’t for my friend being there, I probably would have had to run to the bathroom to escape to a private pity party. But she was all smiles. She had a completely different experience than I had. She was exhilarated by it all–a new class, a new teacher, a bigger floor to dance across. I understood her excitement and was glad she felt what I couldn’t.

Now that I’ve had plenty of time to process this experience, I’m glad to say I’m over the melodrama of my emotions during that class. I’ve been able to wrap my head around everything I learned through trying something new. And I did learn a lot. Plus, it was the perfect ‘practice round’ before I start taking new classes in Australia. 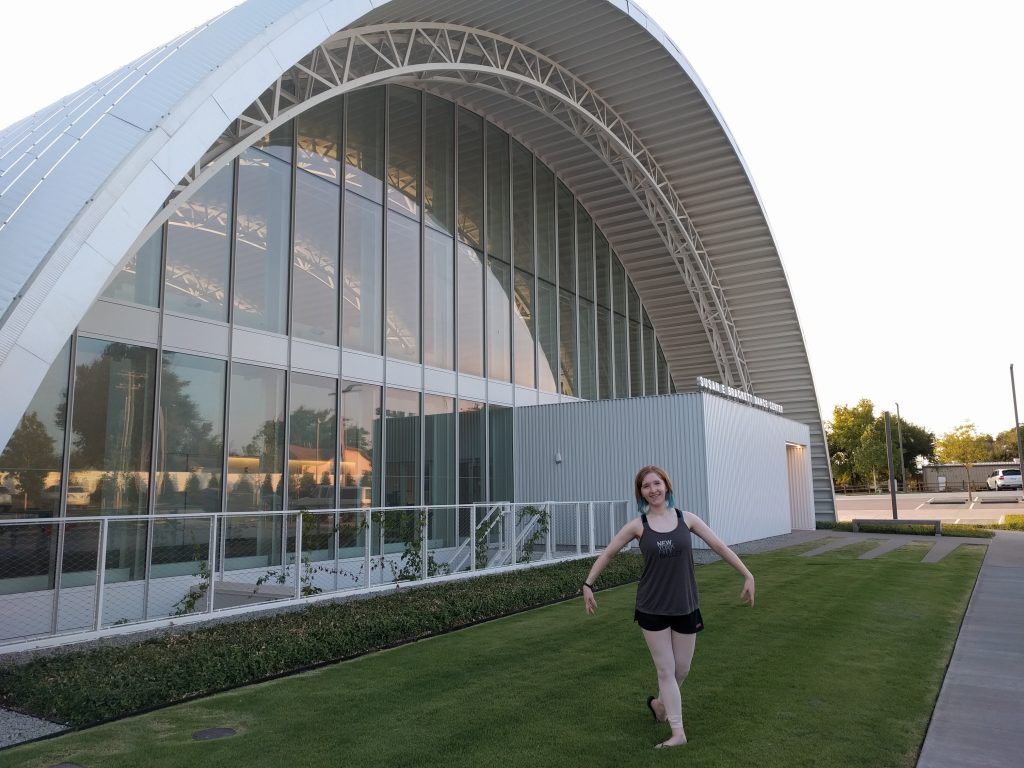 Now that you’ve had nearly 2500 words of my ballet nerdism, I hope you got something out of this or at least had a laugh or two. Let me know if you have any questions or have anything to share in the comments below! Perhaps you can let me know what corrections you’ve been working on this month?

Keep reading–my next post should be more exciting–about the tour I had at the Australian Ballet’s Production Centre!

As they say here in Oz, “Cheers, mate.” And as one of my favorite ballerinas, Georgia Reed says, “Never give up–never stop dancing!” —  a very appropriate way to end this post.